Laurence Klotz, MD, FRCSC, CM
Dr. Laurence Klotz was educated at the University of Toronto, in Ontario, where in 1973 he obtained his BSc in Biology and Genetics and in 1977 his MD.

Dr. Klotz completed his residency at the University of Toronto in 1983. Subsequently, he was a Fellow in Uro-Oncology and Tumor Biology at the Memorial Sloan Kettering Cancer Center in New York, completing it in 1985.

Dr. Klotz then returned to Sunnybrook Health Sciences Centre in Toronto. He is an Affiliate Scientist at the Sunnybrook Research Institute, the past Chief of Urology, and Professor of Surgery at the University of Toronto.

Dr. Klotz is a widely published uro-oncologist (450 publications, 6 books). His main research interests have included basic research in the role of micronutrients and diet in prostate cancer prevention, translational research, and clinical studies in every facet of prostate cancer. His basic research lab has been active for 30 years, producing several patents and a biotech company. His clinical research interests have been in the areas of active surveillance, image targeted therapy, and androgen deprivation therapy.

Active Surveillance was a concept initiated under Dr. Klotz’s leadership. He led the team at Sunnybrook who was the first to implement an approach to patients with low risk prostate cancer based on conservative management, with strategic intervention for those patients who were diagnosed as higher risk over time. Naming it Active Surveillance, Dr. Klotz was responsible for promoting its acceptance by urological and radiation oncology communities worldwide. His passion to reduce overtreatment, morbidity, and mortality of prostate cancer has led to over a hundred papers on this subject and numerous national and international invitations as a guest lecturer and visiting professor.

Dr. Klotz was awarded the Queen’s Jubilee Medal in 2013 for meritorious public service, in 2014 the University of Toronto Department of Surgery Lister Prize and the Society of Urologic Oncology Medal. He received Canada’s highest civilian award, the Order of Canada in 2015, and the Harold Warwick Prize from the Canadian Cancer Society for international contributions to cancer control. The AUA presented him the Richard Williams Award for outstanding contributions in urologic oncology in 2016. He has received Lifetime Achievement Awards from the University of Toronto in 2017 and the Canadian Urological Association in 2019.

Dr. Klotz is married to Ursula, and has 2 children, Alex, a physicist, and Betsy, a recreational therapist. 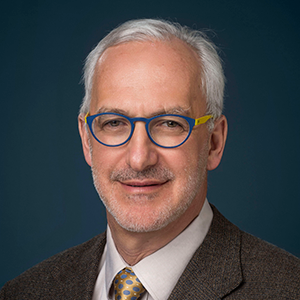