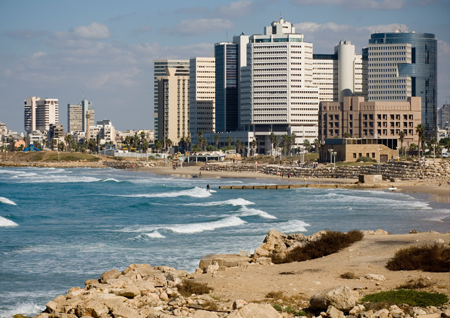 Tel Aviv, Israel’s largest metropolitan area, serves as a hub for innovation, culture and creativity. “Tel Aviv Nonstop City” is more than just a slogan. With the city’s beautiful beaches, diverse cultural scene, top-notch cuisine, and vibrant nightlife, there’s always something to see and do here. The city serves as a meeting point between old and new, reflecting tradition and history while embracing innovation, pluralism and diversity. Here you can be whoever you want to be – whether you’re a party-goer, culture enthusiast, or just like to chill – Tel Aviv has a place for you.

A short history of Tel Aviv… 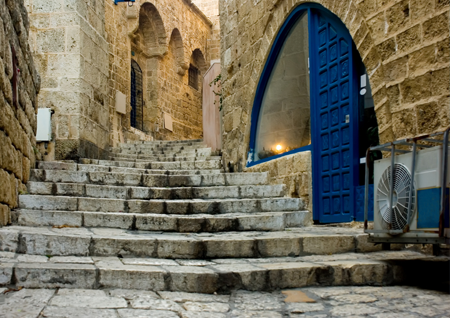 Tel Aviv was founded in 1909 as a suburb north of the ancient city of Jaffa, believed to be the oldest port in the world. The suburb grew and grew and eventually overtook Jaffa in size, merging with it after Israel’s independence to form a single municipality. Today, Old Jaffa is a pretty collection of quaint lanes in the southern part of the city, whilst downtown Tel Aviv lies at the heart of the Israeli hi-tech industry known as Silicon Wadi. The Tel Aviv Diamond Exchange, the largest diamond trading center in the world, is also situated in the city.

Immigrants have come to Tel Aviv from far and wide, bringing with them their own styles of cuisine, culture, and architecture. As such, no matter what you are after, you’ll be sure to find it here. Over the past ten or so years, Tel Aviv has gained a reputation for high-quality restaurants and a world-class cafe culture, as well as superb nightlife scene.

Tel Aviv’s cultural scene is equally diverse. Theaters, dance centers, and concert halls are found across the city. The city regularly hosts international musicians giving concerts in Israel, which just some of the many events in Tel Aviv.

Tel Aviv also has a large number of museums and galleries, which are sprawled around the city – from the world-renowned Tel Aviv Museum of Art to smaller, more specialist museums such as the Museum of the History of Tel Aviv-Yafo, and the Bauhaus Museum which tell the story of Tel Aviv, and in particular of its unique architecture.
In 2003, Tel Aviv was designated UNESCO World Heritage Status for its White City. This is an area around Rothschild Boulevard in the center of the city which has the world’s largest collection of international, Bauhaus, and eclectic styled buildings. The area is slowly being restored to its original glory and is the heart of the city to this day. To explore the area, we recommend joining a Tel Aviv architecture tour or this Urban Tour, which explores not only the city’s architecture but also its street art and food. 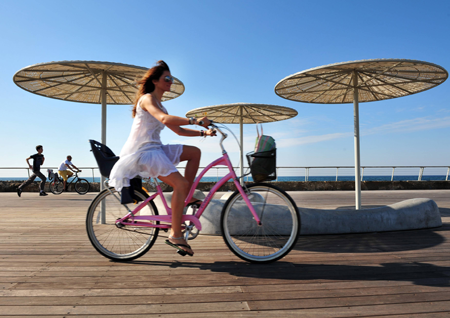 Since the 1980s gentrification has taken place in many of the formerly poor southern neighborhoods of the city to create what are now some of the trendiest quarters of this cool city. Among these are Neve Tzedek, and Florentin. These more Middle-Eastern style neighborhoods are at the heart of the Tel Aviv nightlife scene. Other areas to go, live, and be seen are the ultra-cool Sheinkin Street with its cafes and boutiques and the redeveloped Tel Aviv Port (Namal Tel Aviv) in the north of the city. Nearby, Park Hayarkon is a green oasis in the city.

The 1990s saw Tel Aviv move into a new era as the hi-tech industry developed around the city, bringing with it new skyscrapers. The tallest of these, the Azrieli Center offers an observation gallery with views across this vibrant, modern city.

A visit to Tel Aviv couldn’t be complete without a visit to the Tel Aviv Beach. Running the length of the city, from north to south, many of the large hotels overlook the promenade. However the real scene has skipped these hotels, and it is the city’s growing collection of unique, trendy, boutique hotels which are the trendiest place to stay. 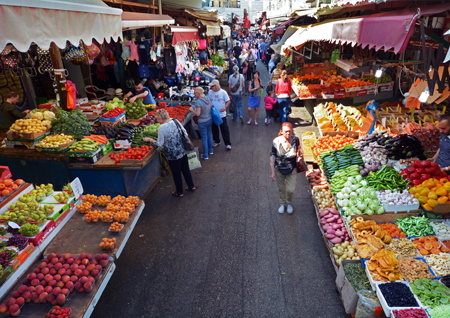 Exploring Tel Aviv is easy – the city is not big and sites are very accessible. This is a city for walking or biking, with wide boulevards stretching from north to south, and a city-wide bike rental scheme. If you want a more unique take on the city, join one of the many unique flavors of tours taking place in Tel Aviv – from cuisine to nightlife, architecture, and more. Tel Aviv is also a great starting point for exploring the region, with easy access to the highlights of Israel (Jerusalem, Dead Sea, Masada, Galilee) and beyond (Eilat, Petra, Wadi Rum) within a one-day trip. Tours starting from Tel Aviv are often the most convenient and cost-effective way to travel. 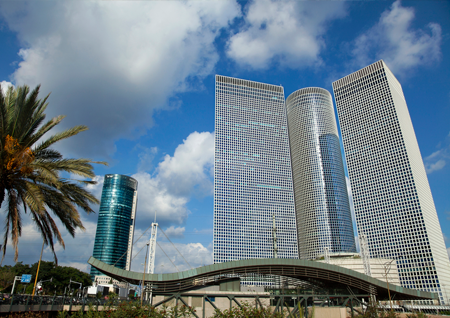